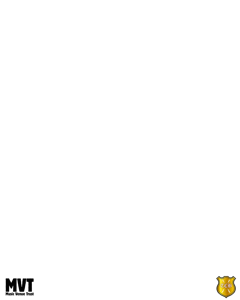 Get it while it lasts

TCB was founded in May 1991 by Guy Gillam whilst in between touring as a backline roadie and within the first 6 months had signed deals with the likes of Billy Bragg, Bad Brains, Big Audio Dynamite and The Wailers Band to name but a few.

In 1993 TCB took over the running of Glastonbury Festival merchandise concession, a partnership that lasted 18 years, also going on to run successful concessions at Guilfest and Cornbury Festivals as well as London’s  Shepherds Bush Empire.

With the likes of League of Gentlemen, Fun Lovin’ Criminals and The Flaming Lips, amongst others, having very successful relationship with TCB it has been proven that merchandise done properly is an invaluable necessity whilst touring and an excellent revenue whilst off the road (thru mail order and online sales).

TCB provide a secure service to purchase  merchandise from artists such as: Bad Brains, Big Audio Dynamite, Citizen Cope and Orbital to name a few. With more and more artist merchandise being added constantly.

TCB supply full servicing of tour and online sales and source all goods from production to final sales point including all tax and VAT. TCB is also a member of FEU2 exemption scheme which allows TCB to collect all monies without Foreign Entertainers Tax being withheld at source. Please contact us if you require further information.

Dating back to 1977 whilst living just north of Newcastle Guy first heard the Sex Pistols and The Clash and became hooked on music, punk rock music to be more specific. Hitching to gigs all over the country in the early 1980s Guy became a familiar face at many punk concerts before widening his genres into all forms of live music, especially reggae, hip hop and early dance music.

In 1981 Guy did his first ‘mini’ tour in the back of a transit van with The Exploited going to such glamourous places at Retford, Stevenage and Leeds. That was it, the rest, to people who know him, is history. Touring with artists as diverse from Peter and the Test Tube Babies to Womack and Womack with tours finishing within days of each other Guy has continually toured the world since.

Setting up TCB in 1991 Guy has been committed to fulfilling merchandising requirements to artists across the world including Fun Lovin’ Criminals, Barenaked Ladies, The Flaming Lips, Billy Bragg to name but a few.

Guy also worked as a tour manager for 20 plus years with the likes of Big Audio Dynamite, Dreadzone, The Jacques, Eric Gales and Citizen Cope amongst others.

Early in his career he worked as a backline tech for BAD, stage manager for Womack and Womack, percussion tech for Incognito, keyboard tech for Sister’s of Mercy and guitar tech for Danny Wilson amongst others too numerous to mention.

You’ll still see Guy either tour managing or selling merchandise at one of his rostas gigs as he can’t stay away.